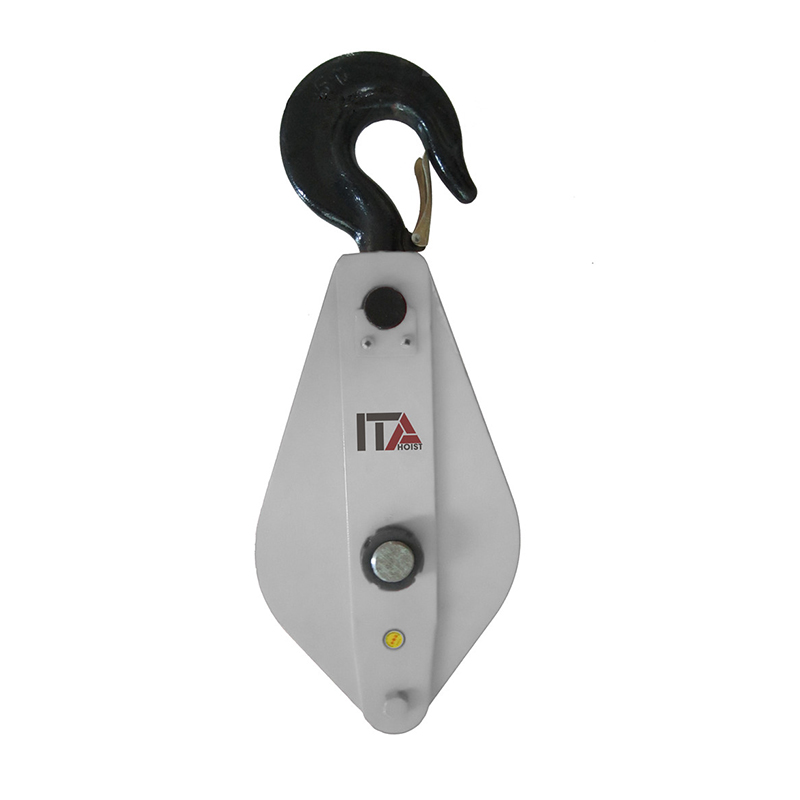 
Send email to us

The pulley is a type of lever, which is a simple mechanism of lever type and has a wide range of uses. A pulley with a fixed central axis is called a fixed pulley, which is a deformed equal-arm lever, which saves no effort and effort but can change the direction of the force. The pulley whose central axis moves with the weight is called the movable pulley, which is a deformed unequal-arm lever, which can save half of the force, but doubles the distance, and cannot change the direction of the force.
In practice, a certain number of movable pulleys and fixed pulleys are often combined into various forms of pulley group. The pulley group saves effort and can change the direction of force. Pulley blocks are widely used in cranes, hoists, elevators and other machinery.
The pulley group is an important hoisting tool. It has a simple structure and is easy to use. It can change the direction of the traction cable of the pulley and the pulley group and lift or move the moving objects many times, especially the pulley group composed of the tackle group, which cooperates with the hoisting machine.
Masts or other hoisting machinery are widely used in construction and installation operations. Product specifications range from 0.03-320T, and the number of wheels ranges from single wheel to 10 wheels. There are four types of hooks, links, rings, and beams for users to choose from.

Write your message here and send it to us